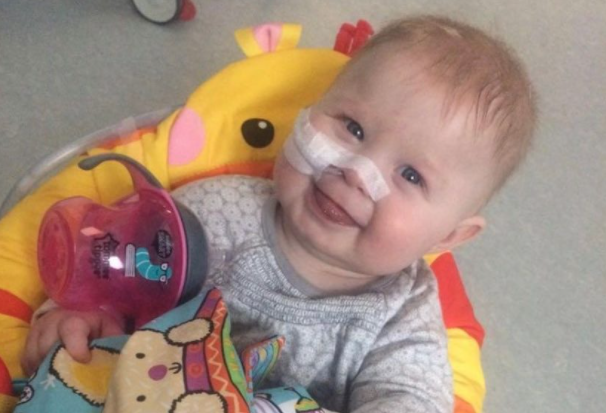 Convey Law staff were not only busy in the run-up to the end of the Stamp Duty holiday helping clients complete their sales and making valuable savings but they also successfully donated over £40,000 to charity in September.

Convey Law Conveyancing Supervisor Rhian Reynolds raised £500 by taking on an epic 2000 squat challenge during what she described as “the busiest month of her life” to raise funds for Great Ormond Street Hospital Children’s Charity (GOSH Charity) as a thank you to Great Ormond Street Hospital (GOSH) for helping to save her stepdaughter’s Rea’s life.

Rhian’s fundraising was boosted significantly by a £13,000 donation from Convey Law clients taking part in the Conveyancing Foundation’s Charity Lotto.

Clients donate a voluntary £10 at the end of their transaction with the opportunity of winning £500 towards their legal fees in the monthly Lotto draw. Funds raised from clients taking part in the Lotto in August and September were donated to Rhian’s challenge.

Rhian, who also got married in September, explained that the world-famous hospital carried out life-saving surgery on stepdaughter Rea, who is now 5, when she was a baby:

“I took on this 2000 squat challenge during the busiest month of my life for Rea and the wonderful work that is being undertaken at Great Ormond Street Hospital. Rea was born prematurely with a condition called Tracheo-Oesophageal Fistula (TOF) which meant her oesophagus wasn’t attached to her stomach so she was unable to eat or swallow. After a few months in Cardiff NICU, she was transferred to Great Ormond Street for surgery.

“Rea was in GOSH for a couple of months where she received the most amazing care. She was fed through a tube in her stomach for years but thankfully she is now a happy and healthy 5-year-old child who can and will eat anything in sight. This hospital gave us so much and I wanted to do something small to raise money for such a wonderful place. Thank you to everyone at Convey Law for working so hard to encourage our clients to take part in the brilliant Conveyancing Foundation Charity Lotto which raised a fantastic amount of money for this wonderful cause – thank you all!”

“Firstly, what an incredible donation – I’d like to say a massive thank you to Convey Law, to Rhian, and to each and every one of the team, for supporting the life-changing things we do here at Great Ormond Street Hospital.

“The amazing money they’ve raised is invaluable – it means we can continue to provide exceptional care to the children and young people who are treated at Great Ormond Street every year.

“Convey Law are great donors for many varied causes and it is a privilege to receive such a remarkable amount. I can’t wait to hear about their next fundraising challenge.”

“We’re so grateful for the support from both Rhian and Convey Law to donate over £13,000 to GOSH Charity. Taking part in our Facebook challenges is a wonderful way to get involved with the charity and committing to 2000 squats in a month is no easy feat! Helped by the Conveyancing Foundation Charity Lotto, this incredible donation will make such a difference to the lives of seriously ill children who come to GOSH from across the UK every day, so for that we’d like to say a huge thank you.”

In September, Convey Law also donated £3000 to a little boy with a rare genetic disorder to aid research into the disease from funds raised by clients taking part in the Conveyancing Foundation’s Charity Lotto.

Elliot’s family have so far raised over £16,000 for Duchenne UK which is campaigning to accelerate treatments being currently developed in NHS clinical trials for Duchenne. Lloyd Davies, Managing Director at online conveyancers Convey Law, did his bit in the bumper fundraising month by completing the penultimate two-day stage of his Offa’s Dyke Mindstep Trekkers’ challenge from Shropshire to Hay-on-Wye.

Lloyd and his team of eleven trekkers have now raised over £23,500 in aid of the Mindstep Foundation in memory of his eldest son Max who tragically took his own life at the age of just 22 in 2018 after suffering from clinical depression.

Funds raised from the 177 walk along Offa’s Dyke national trail will now be donated by Mindstep to a wellbeing centre at St Alban’s RC High School in Pontypool, where Max volunteered in the summer before he died.

Lloyd, who undertook the first arduous week-long stage of the walk in July, said:

“We are incredibly grateful to everyone who has supported us along the journey and donated to such a worthy cause. We tackled some very tough and mountainous terrain along the way and battled with some extreme weather conditions and injuries.”

Lloyd said he was “extremely proud” to contribute personally to Convey Law’s fundraising record and commented:

“We have developed a charity fundraising and caring culture at Convey Law which is ingrained at every level of our organisation. Our staff are always prepared to go the extra mile for causes that they believe in and are always keen to help those less fortunate than ourselves.

“They work together and support each other to help the charities that are dear to them and this has enabled us to help raise nearly £950,000 for our chosen charities over the course of the last decade. Very well done all.”

The Conveyancing Foundation Charity Lotto is available to all legal practices and those involved in the property industry and has enabled Convey Law to become the most successful charity fundraising legal practice in the UK.

Convey Law staff in the office and at home completed the bumper fundraising month by raising £1000 for Macmillan Cancer Support by taking part in the recent Macmillan Coffee Morning, despite the challenges of the imminent Stamp Duty deadline.

Activities including a Macmillan Quiz and a Macmillan Cartoon a Colleague competition helped everyone get into the spirit of the national fundraising day on September 24th while cakes were baked and offered for donations around the office.